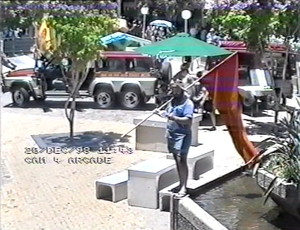 In 1998, this 26-year-old law student and political activist made a speech – which included reading the text of the UDHR – in Townsville’s pedestrian mall without a permit, in breach of a local government by-law. Police present in the mall filmed him, but did not stop him. He was subsequently fined and detained by police for five days for non-payment of the fine. His arguments concerning freedom of assembly and expression were rejected in the District Court and Court of Appeal, and he was denied leave to appeal to the High Court of Australia.

The HRC found that his speech was on subjects of public interest (such as human rights, Indigenous land rights and mining) and his conduct was neither threatening nor unduly disruptive. His arrest, conviction and imprisonment were ‘disproportionate’ and ‘undoubtedly’ a violation of his freedom of expression. Australia was asked to quash his conviction, refund his fines or court costs (nearly AU$3000) and compensate him for his imprisonment. It has done none of these.

Act on the Coleman case now: Sign this super-quick letter to the Attorney-General. 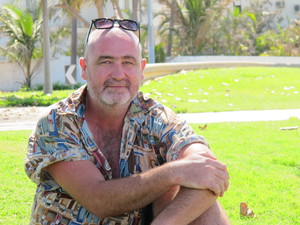