[Australia] is under an obligation to provide the author with an effective remedy. This requires it to make full reparation to individuals whose Covenant rights have been violated. Accordingly, the State Party is obligated to provide the author with full reparation for the discrimination suffered through the lack of access to divorce proceedings [and] take steps to prevent similar violations in the future and to review its laws in accordance with the present Views. 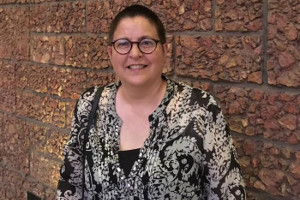 Dr Campbell and her partner of 10 years, Ms A, had a daughter ‘R’ together and are both recognised as R’s legal parents. Without access to marriage equality in Australia, the couple travelled to Canada to marry. Shortly after they separated and Campbell assumed sole care of their daughter, then aged 3.

Recognised as a de facto couple in the state of Queensland, they obtained a formal separation and division of property, but no formal proceedings concerning custody of their daughter nor concerning R’s “care, welfare and development” such as is made in all divorce proceedings where minor children are involved (para. 3.8). Campbell and R lost all contact with Ms A, who stopped contributing to their joint mortgage and to child support.

Australian law forbids child marriage, polygamous marriage and same-sex marriage, although these kinds of marriages are lawful in certain other countries. Australian law provides divorce proceedings for the former two types of marriage, but expressly forbids same-sex couples who have married abroad from obtaining a divorce in Australia. Campbell alleged that this distinction constitutes discrimination on the basis of sexual orientation.

To obtain a divorce in Canada, Campbell would have been required to live there for at least a year. She claims the denial of divorce “places spouses and children at greater risk of psychological and physical health problems, as well as financial and economic stress” (para 3.4). It makes her circumstances ambiguous were she to formalise a new relationship, whether de facto or marriage, since her first marriage is still recognised in an increasing number of foreign jurisdictions. It also means the separated parties could potentially make claims on the other’s estate in the event of their death while still legally married. Further, Campbell maintains that “discriminatory laws directly and indirectly help foster the prejudicial environments which enable homophobic abuse, harassment and discrimination to take place, in addition to being a form of discrimination and harm in and of themselves” (3.6).

Australia failed to provide the Committee with a reasonable justification for denying divorce to same-sex couples married abroad while at the same time permitting persons in unrecognised polygamous and child marriages to divorce. The Committee found this to be discrimination, in breach of article 26 of the ICCPR (equality before the law). Having so found, the Committee made no further findings with respect to Campbell’s claims under articles 2(1) (non-discrimination) and 14(1) (fair trial provisions).

In August 2017, a spokesperson for the Attorney-General told the press that the Australian Government was “carefully considering the UN report.”

In December 2017, the Australian parliament introduced marriage and divorce equality for all Australians, thereby ending this particular discrimination in law and partially remedying this communication.

According to the Views of the HRC in the Campbell matter, Australia must afford "full reparation to individuals whose Covenant rights have been violated". This might reasonably be understood as individual reparations owing to Dr Campbell for the discrimination she experienced.