[Mr Griffiths is entitled to] an effective remedy, including adequate compensation, including compensation of [his] legal costs. [Australia ought to] review its legislation and practice, in particular the Extradition Act No. 4 of 1988, as it has been applied in the present case, with a view to ensuring that the rights under articles 9 and 2 of the Covenant can be fully enjoyed in [Australia]. 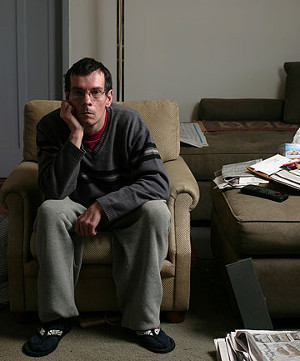 Hew Griffiths, a British citizen, migrated to Australia with his family at the age of 7, where he became a permanent resident.

As an adult, Mr Griffiths joined an internet group making proprietary software and computer games available for download, without financial gain. Members in 20 countries were investigated for software piracy in the US where the copyright was held. In December 2001, the Australian Federal Police seized Mr Griffiths’ computer.

Unemployed and living with his father, Mr Griffiths had never been the US, had never left Australia since first arriving and did not hold a passport. The US and Australia were at the time negotiating a free-trade agreement including intellectual property.

In March 2003, Mr Griffiths was indicted in the US for copyright infringement and conspiracy to infringe copyright. The US requested his extradition from Australia.

In August 2003, Mr Griffiths, aged 40, was arrested and held on remand for nearly 8 weeks until he was released on bail.

In March 2004, Mr Griffiths succeeded in challenging the extradition, with a New South Wales court finding that what was deemed criminal in the US was not a crime in Australia. The court also found it was unusual to attempt to extradite a person to a country where he has never been and for an offence such as copyright infringement.

The US successfully appealed the decision in the Federal Court of Australia and in July 2004 Mr Griffiths was re-arrested and, denied bail, held indefinitely pending extradition.

Mr Griffiths lost an appeal to the full bench of the Federal Court. An application for leave to appeal to the High Court of Australia was also denied.

Australia’s Justice Minister had the power to refuse the extradition, but declined to do so.

In February 2007, Mr Griffiths was extradited to the United States and held on remand. He pleaded guilty to the conspiracy charge – under pressure, he says – while the copyright infringement charge was dismissed. Found guilty, in June 2007 he was sentenced to 51 months in prison. Taking account of the 3 years Mr Griffiths had already served in prison in Australia and the US, the court ordered that he serve a further 15 months in the US.

Mr Griffiths was released early, in January 2008, then spent 5 weeks in immigration detention in the US as an illegal alien, before he was returned to Australia on 2 March 2008, on condition he never return to the US.

In February 2010, Mr Griffiths petitioned the UN Human Rights Committee alleging human rights violations by Australia. He maintains that, had he been charged, tried and convicted in Australia, he would probably not have been sentenced to prison at all. He claimed that, given he represented a low flight risk, had no criminal record and had complied with bail conditions when first released, the time he was subsequently imprisoned awaiting extradition was excessively and disproportionately long. Australia’s Extradition Act specifies no maximum length of time people can be held prior to extradition, with no protection from indefinite and arbitrary detention.

Clinically depressed at the time of his arrest, Mr Griffiths says his detention adversely affected his health and his ability to contest extradition. He told the ABC, “the remand facilities in NSW are absolutely horrendous. The degree of violence is astounding. The general public would be horrified if they knew the extent to which people are put at risk.”

Mr Griffiths sought compensation, amendments to the Extradition Act and full incorporation of the ICCPR into Australian law, including the right to an effective remedy.

Some of his claims were declared inadmissible by the Human Rights Committee. As to his claim regarding arbitrary detention, the Committee found that Australia breached ICCPR art 9(1) by imposing detention that was disproportionately long and unjustified. Australia failed to justify Mr Griffiths’ detention in the ‘particular circumstances’, and failed to demonstrate there were not ‘less invasive ways’ of making him available for possible extradition, such as imposing reporting obligations or sureties.

The HRC found Mr Griffiths is entitled to “an effective remedy, including adequate compensation, including compensation of [his] legal costs.” Australia ought to “review its legislation and practice, in particular the Extradition Act No. 4 of 1988, as it has been applied in the present case, with a view to ensuring that the rights under articles 9 and 2 of the Covenant can be fully enjoyed in [Australia].”