[Australia is obliged] to provide the author with an effective and appropriate remedy, including a meaningful opportunity to challenge the refusal to grant him a permanent visa; and compensation. [Australia is also obliged] to prevent similar violations in the future. 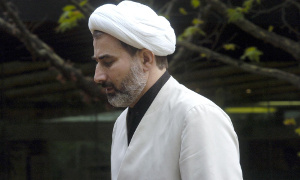 In 2010 an Iranian citizen lawfully resident in Australia, Sheikh Mansour Leghaei, was expelled from Australia on undisclosed national security grounds, forcibly splitting up his family.

An Iranian couple and their 3 young sons migrated from Iran to Australia in 1994 and the following year a daughter was born. The father, Mansour Leghaei, arrived on a business visa and worked as a Halal meat supervisor, later acquiring a Religious Worker visa to work as a Muslim community leader or sheikh.

After 2 years in Australia, the family applied for permanent residency visas, which were refused owing to an undisclosed assessment by Australia’s domestic security agency, ASIO, suggesting Dr Leghaei was a threat to national security.

Dr Leghaei appealed to the Migration Review Tribunal (MRT) in 1997. In 2002, ASIO and the Minister for Immigration reaffirmed their decision regarding his application and the MRT ended its review of his case.

Dr Leghaei initiated proceedings in the Federal Court to find out what ASIO held against him and alleging the process denying him permanent residency was unfair. It emerged that ASIO had obtained 2 Persian-language documents from Dr Leghaei’s luggage at Sydney Airport without his knowledge. ASIO conceded in court that its translation of one document was flawed and that it had lost the Persian-language original of the other.

When a fresh security assessment was issued against Dr Leghaei in 2004, the Federal Court terminated proceedings. Dr Leghaei was invited by ASIO to comment on its new assessment without being told what it contained.

Dr Leghaei initiated new proceedings in the Federal Court to prevent ASIO from giving its new assessment to Immigration and to have the assessment declared void. His case was dismissed in 2005, the Court holding that non-citizens without permanent residency are not entitled to know ASIO’s reasons for a negative security assessment and have no right of review. It found Dr Leghaei was entitled under common law to “such a degree of procedural fairness as the circumstances could bear, consistent with a lack of prejudice to national security”, and that, given the Federal Court was not (it claimed) in a position to evaluate ASIO’s decision, procedural fairness could be assured by a personal review of the assessment by the Director-General of ASIO. The Court was satisfied the Director-General had given the matter genuine consideration.

Dr Leghaei appealed to the full bench of the Federal Court in 2007, but his case was dismissed the following year. Portions of both Federal Court decisions remain confidential.

In 2009, the MRT invited Dr Leghaei to comment on the security assessment, noting that the Tribunal did not possess a copy of the assessment. Dr Leghaei made a detailed submission, emphasising that he, too, did not know the content of the assessment. He noted that he and his family had been living in Australia for 16 years. In that time he had been an active and respected member of the community and had never been charged or warned by authorities for any reason.

With no further avenue for appeal, Dr Leghaei left for Iran in June 2010, accompanied by his wife and 14-year-old Australian daughter. Their 3 adult sons remained behind.

Responding to the communication, Australia maintained that the decision as to who would accompany Dr Leghaei and who would stay behind was the family’s and that separation of the family was not compelled by the state; further, that any hardship suffered by the family was not disproportionate to the state’s purpose in expelling Dr Leghaei. In recognition of this hardship, the Minister had granted visas to allow Dr Leghaei’s wife and children to remain in Australia, if they so chose.

Australia also argued that the purpose of individual communications was not to amend legislation to avoid future violations of the Covenant.

The Human Rights Committee found that “disrupting long-settled family life” by expelling the father of a minor child and forcing the family to choose between accompanying him or remaining behind constitutes arbitrary interference with the family, in violation of articles 17 and 23(1). “The notion of arbitrariness includes elements of inappropriateness, injustice, lack of predictability and due process of law.” The Committee found that Australia did not provide Dr Leghaei with “adequate and objective justification” for his expulsion and that its conduct “lacked due process of law”.

A partially dissenting view by 2 members of the Committee found an additional violation of article 13 concerning the rights of lawful alien residents facing expulsion: Dr Leghaei was denied the opportunity to answer allegations against him due to their being withheld. These 2 committee members argued that Dr Leghaei should have been informed as to the allegations against him, “at least in summary form.”