The authors are entitled to an effective remedy. In the Committee's opinion, this should include adequate compensation for the length of the detention to which each of the authors was subjected. 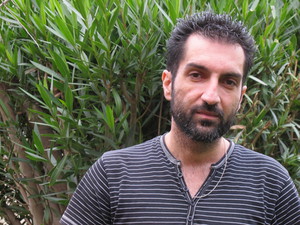 Eight unrelated young men from Iran, fearing persecution for a range of reasons, arrived in Australia by boat and were detained. Represented by the same lawyer, each submitted a communication to the HRC between February and May 2004, containing similar allegations concerning their treatment in detention and their fear of refoulement. Australia responded to all eight cases together, and the HRC, in its Final Views, did the same, hence eight independent communications became Shams et al.

The Committee found that all the authors had suffered arbitrary detention in excess of four years, had been denied habeas corpus and the right to remedy and that each should be compensated for the length of his detention. Seven were ultimately found by Australia to be refugees, while the eighth was given a humanitarian visa.

The refugee legal service which represented these men disbanded before the HRC issued its Final Views and none of the authors, nor the lawyer involved, was aware of the outcome of the case. Seven of the eight men have now been located and told about their UN communication. None of them remembered the communication being made on their behalf or knew anything about it. A couple had come across the decision online when searching for their own name, but did not appreciate its meaning or significance. All of them strongly dispute Australia’s claims, recounted in the decision, about conditions in immigration detention. Some of them have initiated legal proceedings to secure compensation. To briefly summarise each case and its current status:

Saeed Shams was a civil engineering student and taekwondo champion who impulsively joined a street protest over the quality of the urban water supply. Police opened fire on the crowd and Mr Shams was arrested. In gaol, he was beaten and kept in solitary confinement, apparently to force a confession. When brought to trial with a number of others, Mr Shams managed to escape. He went into hiding until he could leave Iran.

Mr Shams was arbitrarily detained by Australia for four years and six months, prior to being recognised as a refugee.

Kooresh, who prefers his surname is not used, was a student of building design and drafting and father of a one-year-old daughter when he fled Iran fearing persecution for his support for an illegal political movement called Pan-Iranism. A fellow member whose arrest prompted Kooresh’s departure was (he later learned) beaten to death.

Kooresh was arbitrarily detained by Australia for four years and eight months, prior to being recognised as a refugee.

Payam Saadat was arrested and tortured when his secret conversion to Zoroastrianism was discovered. While anyone born Zoroastrian (or Jewish or Christian) is tolerated by the Iranian State, it is illegal for Muslims to abandon their faith in favour of another. His family paid his bail and
he fled the country.

Mr Saadat arrived in Australia in 2000 and was arbitrarily detained for four years and four months, before being accepted as a refugee.

Behrouz Ramezani was a truck driver working for the Iranian government when he discovered corruption: human remains exhumed from civilian cemeteries presented to bereaved families as the remains of soldiers killed in the Iran–Iraq war. In disgust and disillusionment, Mr Ramezani refused to keep quiet about it. He was forced to flee, leaving behind his wife and young daughter.

Mr Ramezani arrived in Australia in 2000 and was arbitrarily detained for four years and three months, before being accepted as a refugee, during which time his family in Iran concluded he must have died.

Behzad Boostani arrived in Australia in 2000 and was arbitrarily detained for four years and eight months, before being accepted as a refugee. Further details about Mr Boostani remain in confidence, at his request.

Mehran Behrooz arrived in Australia in 2001 and was arbitrarily detained for three years and 11 months before being accepted as a refugee. In legal proceedings before successive South Australian courts and the High Court of Australia, Mr Behrooz testified that the conditions in immigration detention were harsh, inhumane and punitive.

Amin Houvedar Sefed is the only Shams et al author who cannot be located. He arrived in Australia in October 2000 and was arbitrarily detained for four years and 11 months, prior to obtaining a permanent humanitarian visa in 2005.

Follow-up dialogue regarding the Shams et al cases is ongoing.