The State party is under an obligation to provide the authors with an effective remedy.

The State party should refrain from deporting Mrs Bakhtiyari and her children while Mr Bakhtiyari is pursuing domestic proceedings, as any such action … would result in violations of arts 17(1) and 23(1). 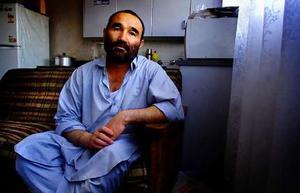 A family of Hazara asylum seekers claiming to be from Afghanistan was separated en route to Australia. The father, Ali, was accepted as an Afghan refugee, released from detention and got a job in Sydney. His wife, Roqaiha, their five children and Roqaiha’s brother arrived subsequently and were detained. The Immigration Department did not inform either party of the other’s presence in Australia. A complicated sequence of events followed which attracted a great deal of media attention in Australia. Ali was returned to detention and eventually the family was reunited. Australian authorities determined that the Bakhtiyaris’ claim to be from Afghanistan was not credible after all, based on the questionable opinion of a single interpreter. Doubt about their origins undermined their entire refugee claim. The family’s lawyer Nicholas Poynder says ‘everyone’ who had dealings with the Bakhtiyaris believed they were Afghans.

Roqaiha’s brother Mahzar, who threw himself on razor wire in protest at their detention, was abruptly deported to Pakistan in 2002. Shortly afterwards, the remaining family members lodged a communication with the HRC. The Committee issued Interim Views seeking a stay of deportation. With the assistance of Australian protesters, two of the Bakhtiyaris’ sons, then aged 13 and 11, escaped detention and applied unsuccessfully for asylum at the British consulate in Melbourne, before being returned to Woomera detention centre in remote South Australia. Mrs Bakhtiyari and her sons resorted to self-harm as a form of protest. In 2003, a sixth child was born to the Bakhtiyaris in detention.

The HRC decided that the long-term detention of the family was arbitrary and beyond judicial review, and thus a breach of article 9, and had not been ‘guided by the best interests of the children’, in violation of article 24. Further, to deport Roqaiha and the children without Ali (who still had legal proceedings pending) would interfere with their right to family, in violation of articles 17 and 23. It proposed that Australia should pay ‘appropriate compensation’ for these violations.

Australia deported the family to Pakistan in 2004, after which the Sydney Morning Herald reported that Afghan authorities confirmed they were Afghan citizens. ‘A great injustice was done’, says Poynder.

The HRC has deemed Australia’s response unsatisfactory and regards follow-up dialogue as ongoing.

The authors’ likely location was established by Remedy Australia, but they were not contacted. 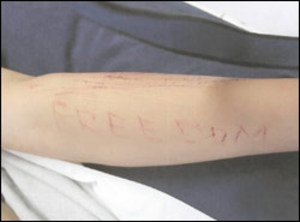