The State Party is under an obligation to provide the author with an effective remedy, including allowing the author to return and materially facilitating his return to Australia.

The State party is also under an obligation to avoid exposing others to similar risks of a violation in the future. 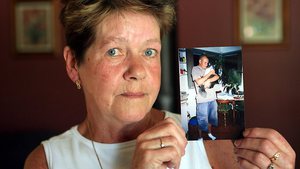 Britt Nystrom with a photo of her son, Stefan (photo: Richard Cisar-Wright in The Herald Sun, 25 April 2012)

This case concerns a Swedish-Australian family: immigrant Britt Nystrom and her two adult children, Annette Turner and Stefan Nystrom. Britt is a permanent resident of Australia; Annette is Australian by birth, but her younger brother was born during a visit back to Sweden in 1973. He entered Australia when only 27 days old and had never been abroad since. The family assumed Stefan was a naturalised Australian.

Mr Nystrom’s parents separated when he was five and he had little further contact with his father. From about the age of eight or ten, Stefan began hearing voices and has suffered ongoing psychiatric symptoms throughout his life. From the age of ten, he began offending, mostly misdemeanours, but also some ‘serious and odious crimes’, usually under the influence of alcohol. At 13 he became a ward of the state and, as his guardian, the state failed to regularise his citizenship.

In 2004, seven years after his last offence, during which time he had been law-abiding, steadily employed and recovering from his alcoholism, Immigration Minister Vanstone cancelled Mr Nystrom’s permanent visa on character grounds. Now aged 30, he was detained in prison (rather than an immigration facility) for eight months, pending deportation. An appeal to the Federal Court found him to be ‘an absorbed member of the Australian community with no relevant ties elsewhere’. He was released and resumed gainful employment. The Minister appealed successfully to the High Court and, in November 2006, Mr Nystrom was re-arrested and put in immigration detention where he was held in solitary confinement for seven weeks. Sweden made representations to Australia opposing his deportation on humanitarian grounds. The HRC, however, declined to seek an interim stay of deportation and Mr Nystrom was deported on 27 December 2009. His mother and sister were denied the opportunity to see him off. Mr Nystrom initially received unemployment benefits from the Swedish state and rented a flat, but resumed drinking and, in the years since, he has variously been homeless, in homeless shelters, in prison and in psychiatric care.

The Committee found Mr Nystrom’s initial imprisonment by Australia pending deportation was proportionate, therefore not arbitrary. His deportation constituted arbitrary interference with his right to family as protected by articles 17 and 23, but not that of his mother or sister who were not uprooted.

Article 12 of the ICCPR states that ‘[n]o one shall be arbitrarily deprived of the right to enter his own country’ [sic]. In a landmark finding, the HRC concluded that although Mr Nystrom is not an Australian citizen, ‘his own country’ is nonetheless Australia. His expulsion was arbitrary – especially as it occurred so long after his offending – and he should be permitted and materially assisted to return to Australia.

Responding belatedly, Australia ‘respectfully disagreed’ that it had violated any provision of the ICCPR and refused to ‘allow or facilitate Mr Nystrom’s return to Australia’. However, it did inform the HRC of policy reforms to guard against repetition, requiring that any future decision to cancel a person’s visa on account of criminal conviction give ‘greater weight’ to the length of their residence in Australia:
"In some circumstances, it may be appropriate for the Australian community to accept more risk where the person concerned has, in effect, become part of the Australian community owing to their having spent their formative years, or a major portion of their life, in Australia."

After further correspondence between the parties and the Committee, Australia stated in July 2012 that it had ‘made clear its legal position’ and did ‘not believe that further consideration of the matter would be fruitful or constructive’, describing its own conduct as ‘good faith engagement’ with the Committee.

In October 2012, the HRC found Australia’s response unsatisfactory and ‘suspended’ dialogue on the matter of Nystrom v Australia.

Mr Nystrom remains in Sweden. His right to family and his right to return to his own country remain in continuous violation from December 2009 to the present. Given this is a current, not a past, violation, and given Mr Nystrom’s mental illness and destitution in Sweden, Remedy Australia considers this case a serious and urgent matter requiring remedy. It urges the Committee to resume follow-up as a matter of priority. 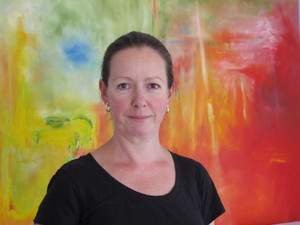