The State party is under an obligation to provide the author with an effective and appropriate remedy, including refraining from removing Mr Madafferi from Australia before he has had the opportunity to have his spouse visa examined with due consideration given to the protection required by the children’s status as minors.

The State party is under an obligation to avoid similar violations in the future. 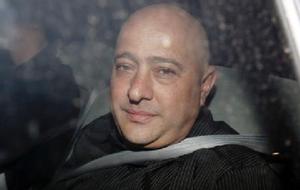 Mr Madafferi had served a two-year prison sentence in Italy in the 1980s, then came to Australia and overstayed his tourist visa. He came to the attention of Australian authorities when he was sentenced by an Italian court in absentia. In the meantime, he had married an Australian and fathered Australian children, but his application for a spouse visa was refused on character grounds. In 2000, Immigration Minister Philip Ruddock ordered Mr Madafferi’s deportation due to his suspected involvement with the Calabrian mafia, which has ‘deeply rooted’ links in Australia. Six months later, Mr Madafferi ‘surrendered himself to the authorities’ and was detained pending deportation. While in detention, Mr Madafferi developed a ‘stress disorder’ and his youngest child was born. He was eventually admitted involuntarily to a psychiatric hospital for six months.

The HRC issued Interim Views requesting a stay of deportation, which was initially refused. In its Final Views, the Committee found that conditions in immigration detention were inhuman, and that there would be arbitrary interference with the family, in conjunction with treaty provisions protecting the family and children, if Mr Madafferi were to be deported.

In 2005, a new Immigration Minister overturned the deportation order ‘on humanitarian grounds’. The HRC has deemed Australia’s response to its Views satisfactory.

Remedy Australia maintains that Australia did not act in good faith in this instance, as it initially rejected the Committee’s Interim and Final Views and intended to proceed with Mr Madafferi’s extradition until extraneous events appear to have intervened. Mr Madafferi was ultimately permitted to remain in Australia, avoiding the potential treaty violations foreshadowed. However, the case is only partially remedied until adequate steps are taken to prevent such violations recurring.