The Committee recommends that the State party take the necessary measures to secure the removal of the offending term from the sign in question, and to inform the Committee.

The sign on the football stand named after Edward Brown (photo: Rhonda Hagan)

An Aboriginal man alleged that a sign at a football ground in Toowoomba, in regional Queensland, bearing the N-word breached Australia’s obligations under ICERD. The word applied to a grandstand named after a celebrated white rugby player of the 1920s who was universally known by the N-word as a nickname because his surname was Brown.

Taking advantage of the ambiguity of the Committee’s Views, Australia responded by saying it did not propose to have the ‘term in question’ removed from the sign. In 2006, the Committee expressed ‘regret’ that Australia had not acted to secure removal of the sign and ‘hope’ that Australia would reconsider its stance.

In 2007, four years after CERD concluded the Hagan case, and two weeks after Stephen and his wife Rhonda Hagan’s documentary film about their ‘N----- Brown’ struggle premiered to a packed audience at the Sydney Opera House, the Toowoomba Sports Ground Trust announced it would demolish the entire structure on which the offending sign appeared, purportedly for reasons unrelated to its name or CERD’s Views. The Queensland Government gave an undertaking that nothing else would be named after Mr Brown.

Mr Hagan’s stance was highly unpopular in Queensland. He was nearly bankrupted by the legal process and received death threats and hate mail. But he never stopped his 8-year public campaign to have the sign removed.

Mr Hagan has obtained the substantive remedy he sought, namely removal of the offensive word from a public sign. However, Australia does not appear to have acted to effect its removal. On the contrary, it informed CERD that it would not comply, and cannot be said to have addressed the Committee’s Views in good faith. 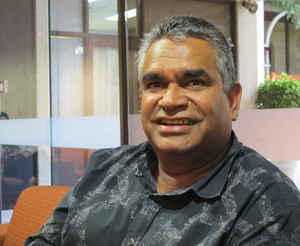