Ensure the right to an effective remedy for police misconduct 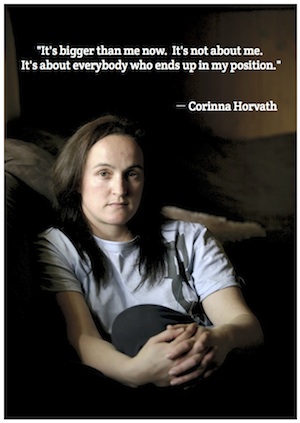 In 1996, 21-year-old Corinna Horvath and others were assaulted by police during an unlawful raid on her home. Despite a 2001 County Court finding that she should be compensated, she did not receive adequate compensation until 2014, when her human rights complaint to the UN was upheld.

In 2016, criminal charged were finally laid against one of the police officers involved.

However, Australia has failed to demonstrate to the UN that Victoria Police's internal disciplinary proceedings "met the requirements of an effective remedy".

The UN Human Rights Committee says Australia is obliged to:

This is about more than just Corinna. It's about the rights of all Victorians. The UN has found existing arrangements in Victoria fall short of our international legal obligations. Victoria must establish a truly independent body to investigate complaints against police.

Read more about the Horvath case.