[Australia] is under an obligation to:
- make full reparation to [Mr Nasir], inter alia, provide [him] with adequate compensation
- take steps to prevent similar violations in the future. 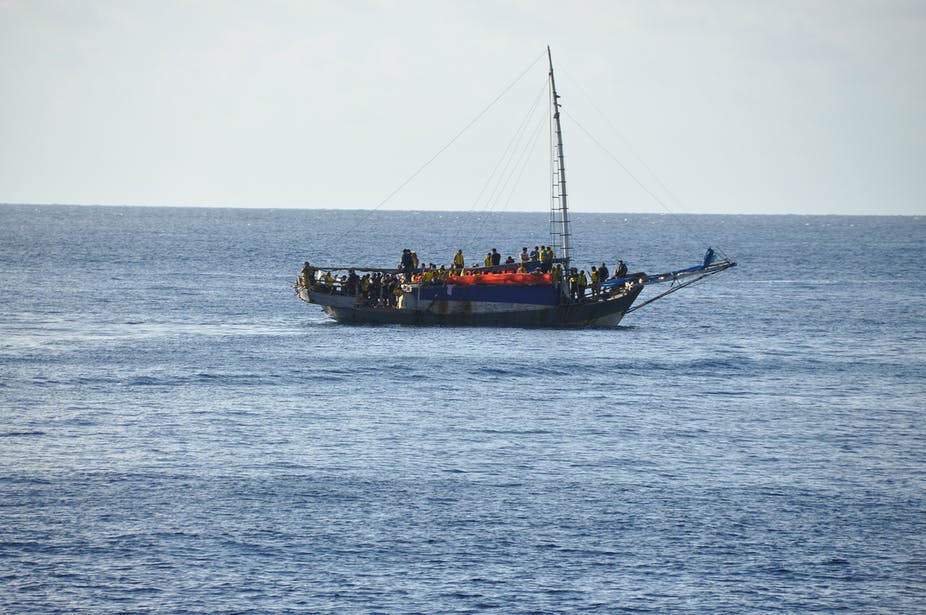 Nasir is a mononymous Indonesian fisherman from a small village in a coastal province of Sumatra. Educated to primary school level, he was married with two daughters. As his family’s sole breadwinner, he made less than US$2 a day, which did ‘not always meet the family’s basic survival needs’.

In 2010, when Mr Nasir was aged about 40, he was ‘approached by a man on the street’ offering him the equivalent of US$731 to work as a cook on a boat. He accepted. He joined a 3-person Indonesian crew of a boat carrying 46 Afghans seeking asylum in Australia. Mr Nasir was employed to cook on the voyage and on one occasion also steered the boat at night.

After 10 days at sea, the vessel was detected in Australian waters by Australian authorities. Mr Nasir was detained on Christmas Island for a week, then moved to detention in Darwin. He remained in immigration detention under a ‘Criminal Justice Stay Certificate’ (CJSC), a temporary and indefinite stay on deportation pending criminal prosecution for his alleged involvement in people smuggling. However for 146 days he was neither charged, nor informed of the grounds for or the duration of his detention. Nor did he have any legal representation for the first 110 days. Australia failed to explain why it took almost 5 months to bring charges against Mr Nasir.

Once charged with people smuggling, he spent a further 16 months on remand before being convicted and sentenced to 5 years’ gaol with a 3-year non-parole period, a mandatory sentence required by Australia’s Migration Act 1958, which punishes all boat crew members, regardless of their individual culpability. Mr Nasir claims he ‘knew very little about the venture and had no part in organising the trip or in inducing others to make the journey.’

The judge in the Queensland Supreme Court, required by the Migration Act to impose a sentence nearly 3 times longer than she considered appropriate, noted that the mandatory sentence was disproportionate to the offence and ignored mitigating circumstances which would otherwise be taken into account in sentencing, including Mr Nasir’s extreme poverty in Indonesia, his lack of prior offending, his cooperation, apparent contrition and good rehabilitation prospects, the deterrent effect of the 21 months he had already spent in detention and prison and the ‘probably appalling’ impact of the sentence on his family (footnote 5). She also questioned the deterrent effect of mandatory sentencing provisions on either people smugglers or crew members they may recruit, given “it is clear that those people who employ men like [Mr Nasir] will just move to another village because they regard you as completely expendable and people in small villages without newspapers or means of modern communication are most unlikely to hear of a sentence imposed in an Australian court” (footnote 14).

Mr Nasir was refused leave to appeal, as per the Migration Act, which precludes review of the minimum mandatory penalty once applied.

Mr Nasir suffered ‘significant emotional distress’ throughout his detention, ‘caused by concern about his family in Indonesia’. His wife, ‘left destitute’ in his prolonged absence, remarried. Mr Nasir could only get news of his daughters, who had no telephone, by phoning someone who lived 3 hours away.

Mr Nasir’s communication argues that his detention was arbitrary and his sentence ‘disproportionate, inappropriate and unjust.’ He requested immediate release, repatriation, rehabilitation and a public apology, as well as amendments to the Migration Act to prevent arbitrary detention and mandatory sentencing and to ensure review of detention and legal aid. Some of his assertions were deemed inadmissible.

In March 2013, at the completion of his 3-year non-parole period (including the time he spent in immigration detention and on remand), Mr Nasir was deported to Indonesia.

The UN Human Rights Committee determined that Mr Nasir’s first 5 months of detention without charge or trial “was not justified [and] was arbitrary”, constituting a violation of ICCPR article 9(1). His right to be brought promptly before a judge (art. 9(3)) and his right to challenge without delay the lawfulness of his detention in court (art. 9(4)) were also violated.

But the Committee did not find the length of his sentence, per se, to be arbitrary (para. 7.7) and a “majority voted against finding the mandatory sentence incompatible with the Covenant” (p25).

A partial dissenting opinion written in French by 3 Committee members does not appear to be available in English. They maintain that mandatory minimum sentencing that disregards the responsibility of the perpetrator may be ‘grossly disproportionate’ to the offence and incompatible with article 9(1).

A second partial dissenting opinion by one Committee member maintains that the mandatory sentencing provision in Australia’s Migration Act contravenes art 9(1) because a mandatory sentence “which fails to account for individual circumstances and is disproportionate given the facts of a particular case could be arbitrary or unlawful, contrary to article 9(1)”. She notes that, of the hundreds of people convicted in Australia for people smuggling between 2010-14, only 3.3% were organisers of smuggling operations; the rest, like Mr Nasir, were crew who “often have limited culpability and mitigating circumstances which make the application of mandatory minimum sentences inappropriate and unjust.” That the captain of Mr Nasir’s boat was given the same sentence for his role in the operation as Mr Nasir “confirms the author’s sentence was manifestly disproportionate”.

Legislation that denies the judiciary the ability to take into account the “particular facts and personal circumstances” in deciding a sentence “may give rise to an unfair trial,” in breach of art 14(1).

A third individual opinion held that Mr Nasir’s circumstances “cried out for the application of executive clemency or mercy, the non-resort to which did [Australia] no credit.”

In 2017, Australia sent its response to the Committee, disagreeing with the Committee’s interpretation of the ICCPR and its conclusion that Australia had violated the Covenant or ought to take any remedial or preventive action.

As the Human Rights Law Centre points out, mandatory minimum sentencing regimes "continue to be used at both state and federal level in Australia, despite considerable evidence that they do not act as general or specific deterrents and often punish offenders with complete disregard for their culpability."

"Law and policy concerning the use of CJSCs must undergo immediate reform to address the Committee’s findings that indefinite, unreviewable detention pursuant to a CJSC violates articles 9(1), (3) and (4), and pre-charge detention should be kept to a few days at most, with immediate access to a judge upon issuance of a CJSC. These findings also create scope for similar challenges to the use of CJSCs as a basis for detention and potentially other privative clause decisions in the future." (HRLC, 2016) 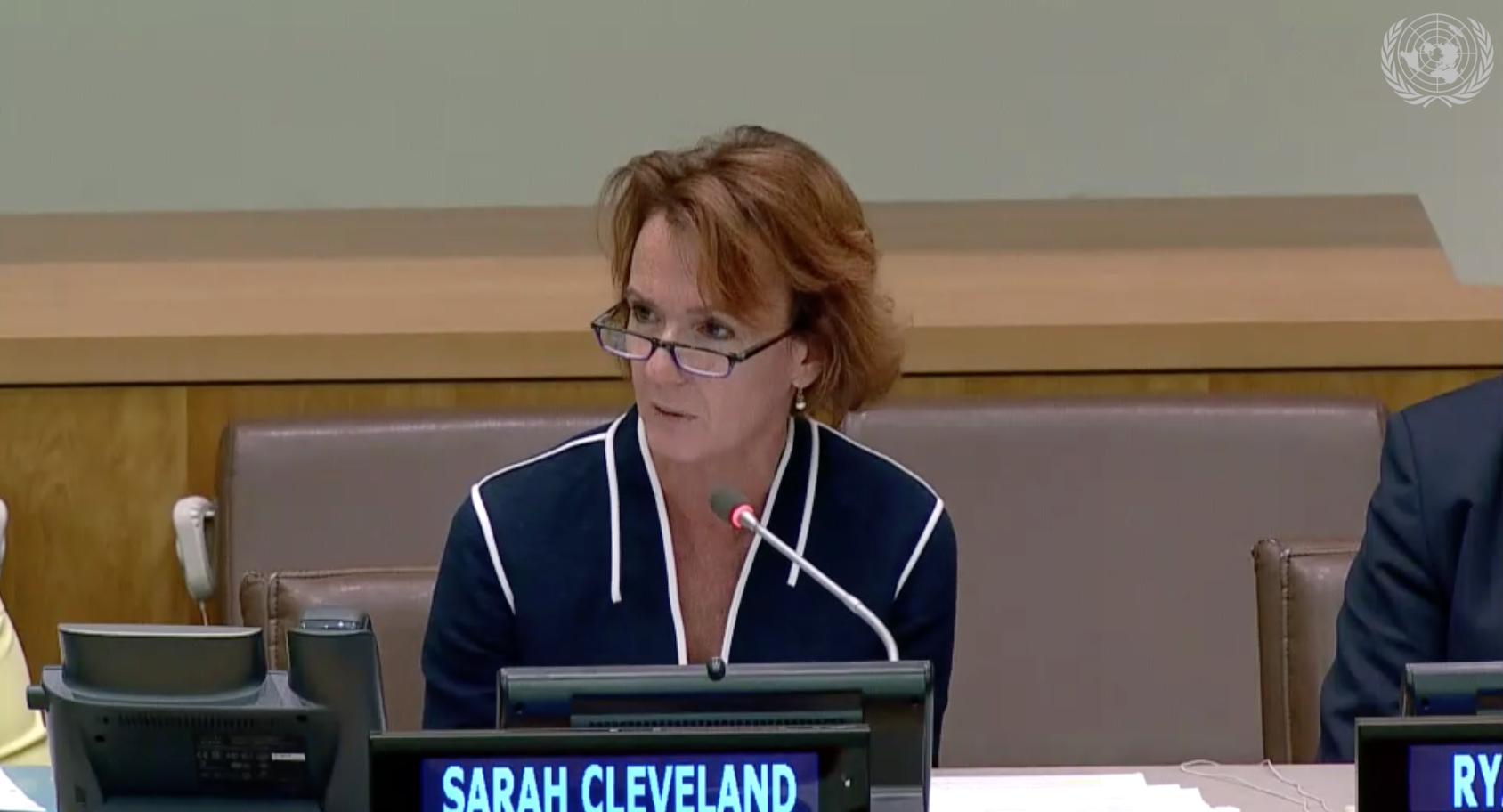